Trike Hall of Fame – Show us Yours!!

Over the years we have made so many Trikes, it’s hard to keep count. So we are asking anyone who has ever had one of our trikes to send us a photo…..Preferably in a nice location, Please add some brief words about your trike experience.

We know for example some of our Trikes have been ridden around the world whilst others have won awards both here and abroad as well as charity events and TV productions.

Click here to upload a photo and tell us more. 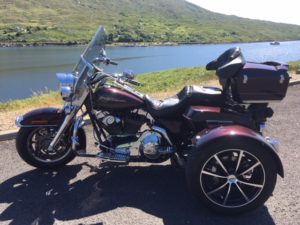 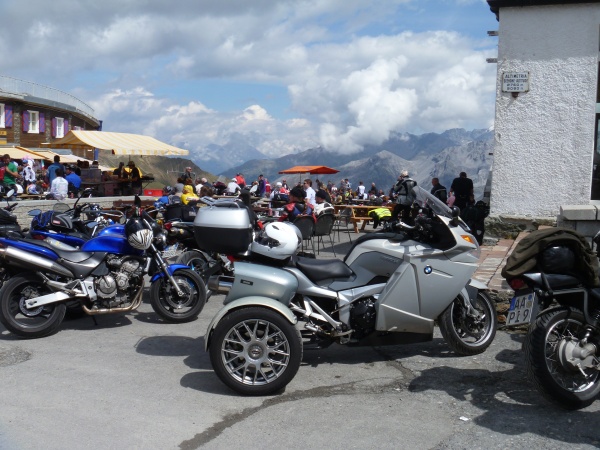 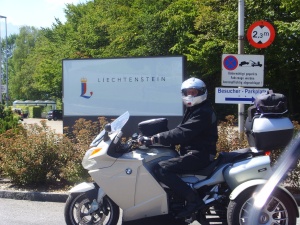 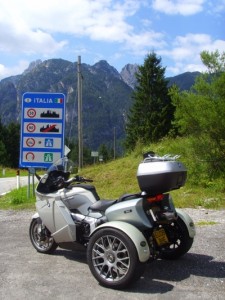 Hi Paul just a quick Email to say our trike performed perfectly ovr our ten country European trip, I have never owned a vehicle to cause such interest when ever we stopped from Japanese to Germans taking photos and saying “I didnt realise BMW made trikes” Performance and stability is brilliant at a full range of speeds, even climbing the Stelvio pass (one of many we both agreed we would do it again the next day….. I could rave on but thank you for such a splendid conversion.

Fantastic Pictures  that say it all really, and Sunny skies Bonus! Thanks Rob we’re glad you kept the faith in us to go ahead with the build 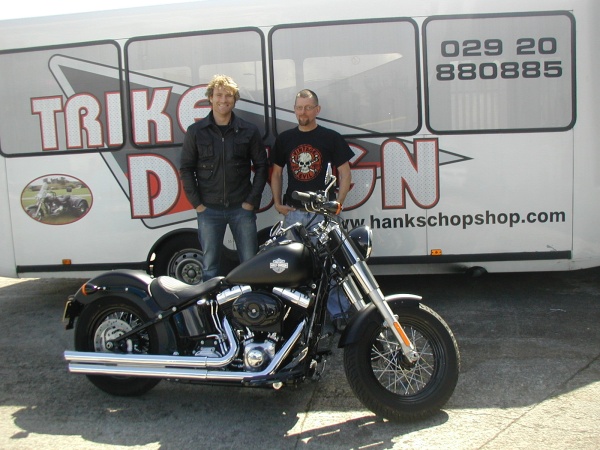 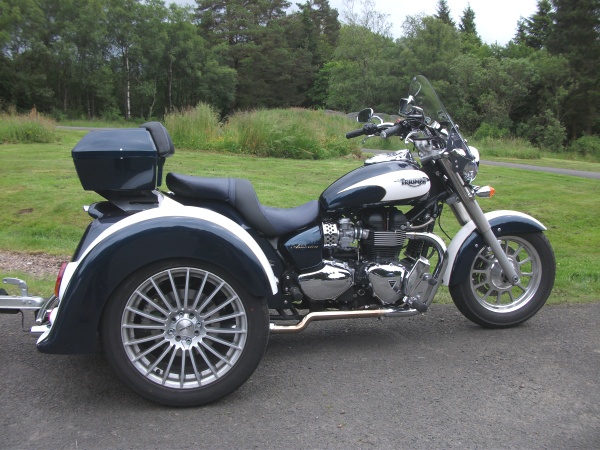 It’s a year since we took ownership of our fabulous Triumph America Trike that you and the team converted for us. It is every thing we had hoped for and more!

We have been touring to Germany via Belgium & France last year weeks after the hand over, this year we have been on a tour round England, Scotland and Wales amongst many other trips and the Trike runs like a dream. Next year we are planning a trip to the south of France.

So thanks once again for the great Trike it really is a TRIUMPH ! if you pardon the pun. Kip & penny

Your Welcome nice for us to build a different brooklands Be good to see a picture with the matching trailer! 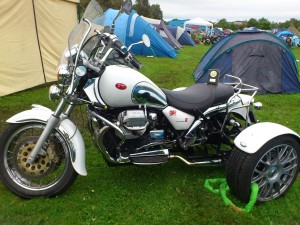 Trike going great just won best trike at the peacock rally…..Cheers guys  were over the moon 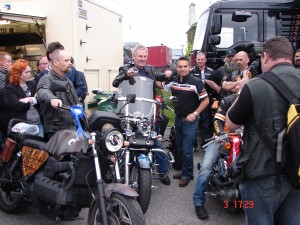 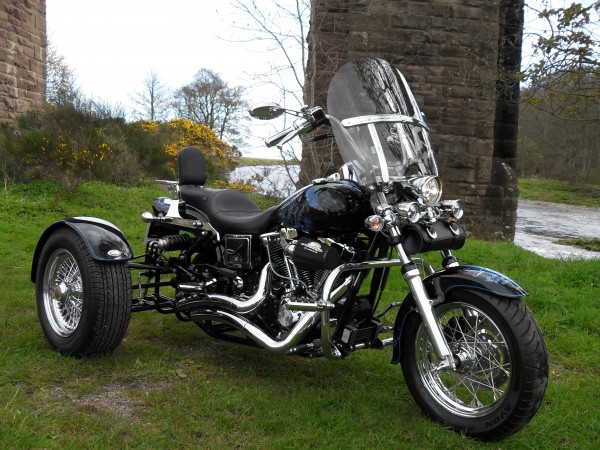 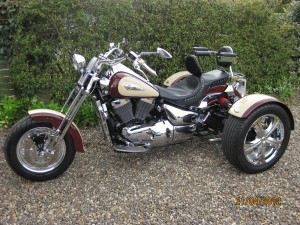 Got this off you nearly five years ago. Still enjoying riding it. Done a few alterations on it over the years as you can see

We see  New Wheels Backrest  and Springers…?  nice to see your still enjoying it 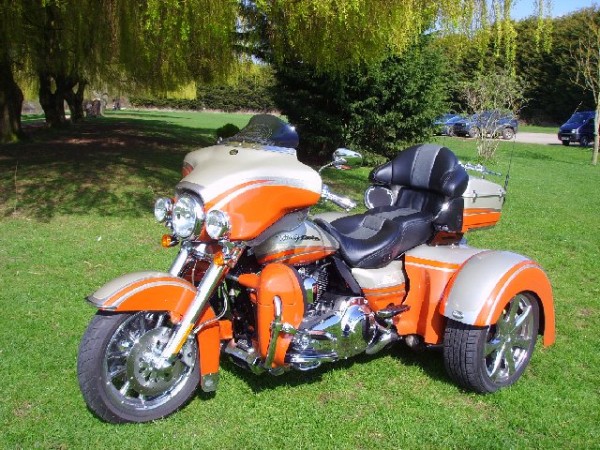 Hi End Brooklands Stunning Example. Thanks Mike it was a pleasure to build….Roll on Summer! 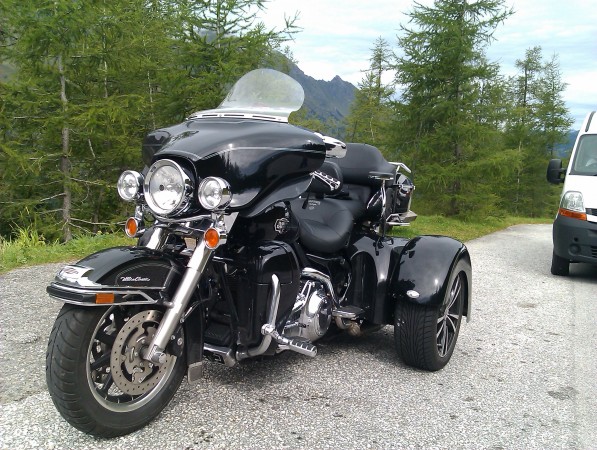 Keith Gammon: ” This year i have taken her to Lake Garda ,Italy  and also went to Zell Am See ,Austria.”

All those miles and still immaculate! The luxury way to see Europe we think 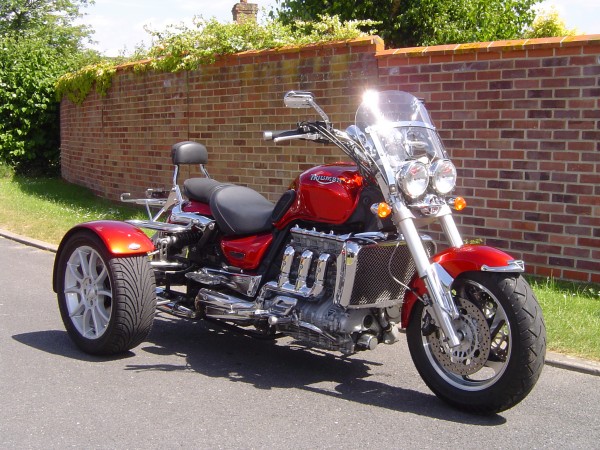 A big Lump this one 2.3 litre awesome Trike,  not for the shy and retiring type that’s for sure! 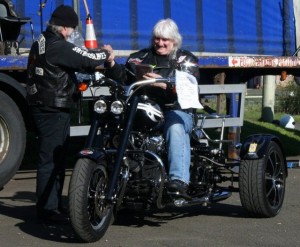 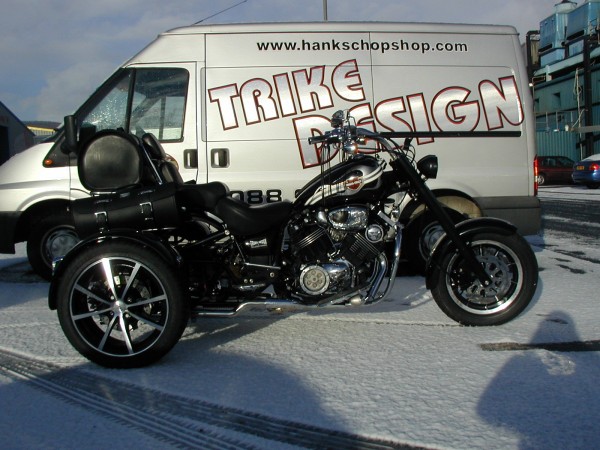 Lesley Morrison: “Although intended for an everyday runabout, this machine won “Best Trike” at the Fife Custom Bike Show. Nearly two years on and  the trike still turns heads when out on the road.”

Nice to hear your still Triking…..This Trike has a huge Spec the only Yamaha Virago parts left were the engine ! 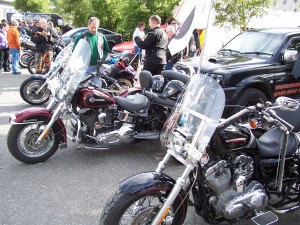 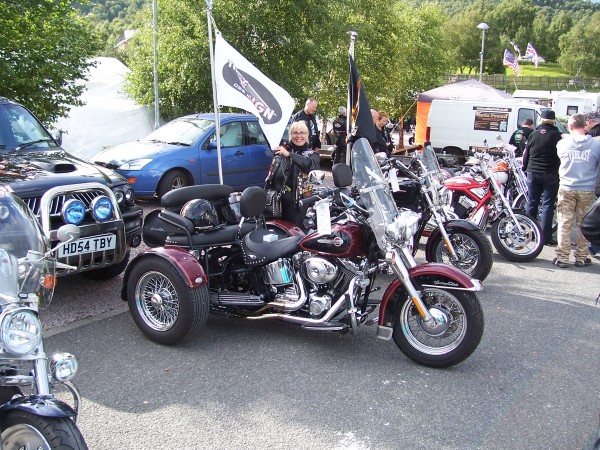 Dave and Janine’s Stunning Harley Davidson Heritage and Sportster Trikes Flying the Flag at Thunder in the Glen,  Avimore.

”Thanks as always for you’re ongoing support, good to see 5 of our trikes attending “ 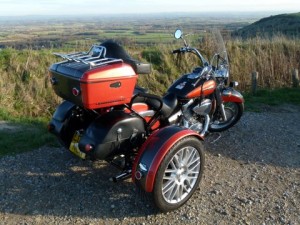 Tims Honda 750 Shadow on a sunny winters ride out to Ditchling Beacon near Brighton.

A very  nice endorsement – thanks Tim

“I was very impressed with you and your company during my visit to you in Caerphilly and decided there and then that I wanted you to go ahead and build me a Trike. The Trike you created for me not only looks great, but it handles beautifully, it is far more stable than I had imagined and my wife having seen me going out on it for a few days asked me to take her for a ride, I was shocked, as she has never been on the back of one of my bikes before but the temptation was too great for her and she really enjoyed it. I have been surprised how much more comfortable it is to ride a Trike than a solo Bike, its virtually the same as a car but without losing the feeling of freedom you get on a bike.
I personally have found the reverse gear fantastic, I get some strange looks when I reverse out of parking lots etc but a seem to use it every on ride out. Riding down the road certainly get the heads turning and pulling up to refuel usually turns into a question and answer session
I would like to thank you and your team for building me a really beautiful bike which exceeded all my expectations, It was also built within the time-scale you forecast which was very much appreciated.  If there are any people reading this that are thinking of using Trike Design to build them one, I wouldn’t hesitate to recommend you. 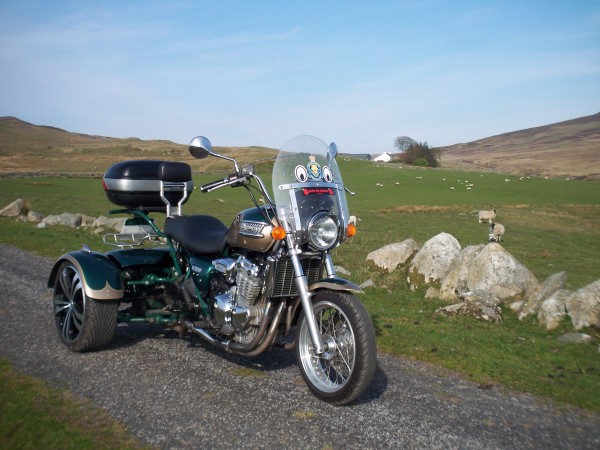 Not one of our builds but  one we recently sold after taking it in as a part exchange, another happy customer Kev from the wilds of Scotland ………Fair play to you for riding her  home the Aprill storms…. Enjoy! 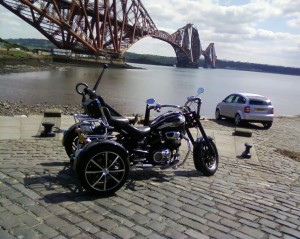